Free delivery on orders over £100

Back to How-To's listing

Restaurants are often looking for subtle ways to impress guests and napkin folding is a delicate art that can add a great finishing touch to any table. Linen napkins, whilst adding class and luxury to any fine dining establishment, can also be bulky and hard to style; often placed in a glass or folded under cutlery. But linen napkin folding doesn’t have to be difficult – or take up much of your time – here we bring you six of the most classic napkin folds for use in any elegant setting.

Top tip: When folding linen napkins ensure that you are using the best quality material, this will enable your napkins to hold their shape and provides a more luxurious look when dressed on your table. Shop our luxury napkins here.

We tried making all of these napkins ourselves and can assure you that these are easy and quick to create, proving that you don’t have to be an origami expert to impress your guests with your table setting skills.

Don't forget to show off your napkin folding skills by sharing your best photos with us on Facebook and Twitter! 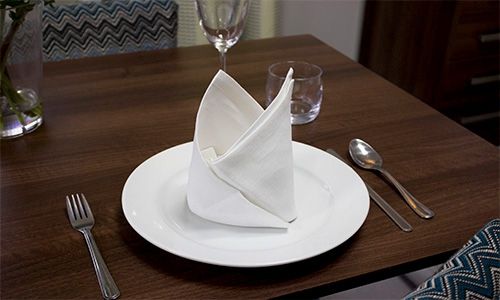 Lay the napkin square flat in front of you and fold in half so that you have a rectangular shape with two layers. Fold the far-right corner inwards so that the right-hand side lines up with the bottom of the rectangle napkin line; the point of the triangle should sit in the centre of the bottom line. Now fold the near left corner of the napkin upwards so that it lines up with your previous fold. Flip the napkin over so that you have an oblong shape with the corners pointing to the far left and near right.

Fold the napkin in half by folding away from you, bringing the bottom of the napkin up to meet the top edge. Reach underneath and pull out the flap of the part you have just folded so that you have two small triangles lying next to each other. Then gently fold over the left half of the triangle in half and place the corner inside of the fold of the right-hand triangle.  Flip the napkin over once again so that the two points are facing away from you. Fold the right triangle to the left folding the corner into the other triangle, similar as before.

Open up the hat and press the inside down to create space and then place upright; your bishop’s hat is now complete! 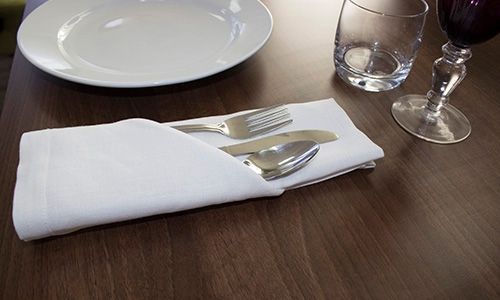 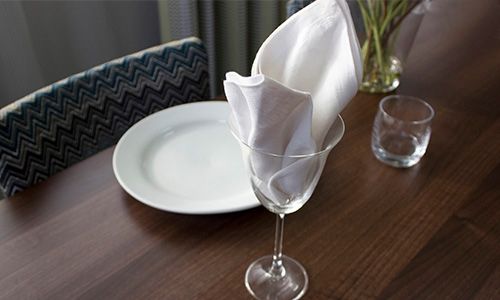 Lay the square linen napkin out in front of you and fold in half towards you to create a rectangle with two layers, then fold again towards the left. Starting with the left corner, make an accordion fan with the napkin towards the opposite corner and fold this in half. Place the folded part of the napkin into the wine glass and fan out to create a lily shape. 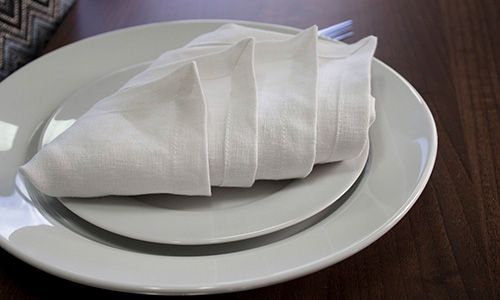 Lay the napkin out flat in front of you with the inside seam of the napkin appearing face up. Fold the napkin in half towards yourself. Starting with the open corner, pull the first layer to the opposite corner so that it lines up. Similarly, fold the second flap but this time, ensure that the edge comes around an inch below the fold before it. Repeat with the last two layers, ensuring that all the folds are evenly spaced. Once you have done this, turn the napkin over and fold in the two sides so that you create a point. Turn the napkin over once again and you should have your completed diamond. 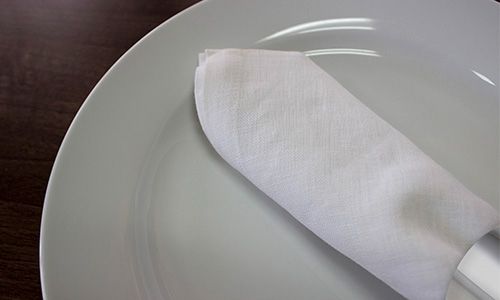 You can’t really get a napkin roll wrong – however, there are certain tips to rolling napkins that ensure they look the part. Start by folding the napkin into quarters so that you have a small square shape with four layers. Starting with the corner, roll one side of the napkin into the centre; repeat with the opposite corner so that the two rolls meet in the middle. Insert into a napkin ring and place on your table so that the smooth side is showing to your diners. 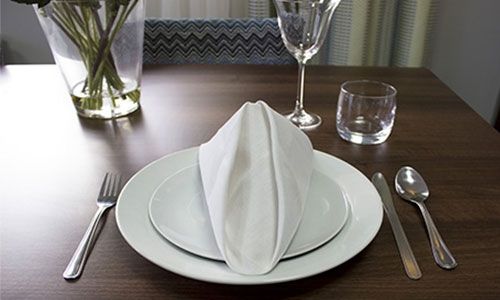 Lay the napkin down flat in front of you in its natural shape and fold in half diagonally so that you create a large triangle with two layers. Rotate the napkin so that the folded end faces towards you and the open ends are facing away from you. Fold the right end in so that it meets the middle point of the triangle, the fold should lie directly on the centre line. Repeat the last step with the left side; you should now have a diamond shape with two seams running down the centre.

So, you should now have a good idea about the art of napkin folding. Of courses, as with most things, practice makes perfect! 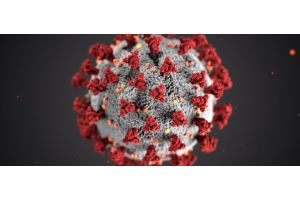 Why Hotels Should Be Using Antimicrobial Bedding & Bath Linen

Why is White Bedding the Most Popular Choice Of Bedding? 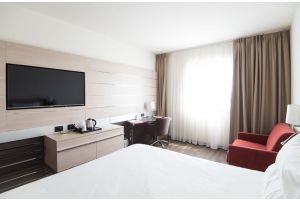 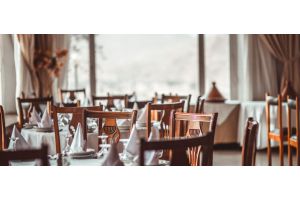 Choosing The Right Table Linen For Your Restaurant 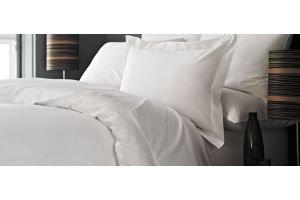 What is the difference between duvets, duvet covers and comforters?
Related Posts