Free delivery on orders over £100

After working in the textile industry for such a long time, all of the terminology and jargon that comes part and parcel of hotel linens becomes second nature. A lot of it, like phrases such as ‘thread count’, ‘GSM’ and ‘tog rating’ are even used on everyday linen packaging as a unique selling point. However, many customers still aren’t quite sure what it all means, with some people even thinking that it’s all a load of marketing rubbish.

This is what inspired me to create a post titled Linen terminology explained. One of the core beliefs here at Vision is to give something back to our customers, whether in the form of special offers, hospitality tips or general linen advice. So read on and swot up on these common bits of linen terminology, and next time you browse our product descriptions you might even be able to tell me something about hotel linen!

Thread count is ‘the big one’ when it comes to explaining linen terminology. While there are a number of bad apples who use the phrase as a means to sell low quality products, when used honestly, it’s a fool-proof indicator of the quality of whatever linen product it is you’re buying.

Defined in the dictionary as “a measure of the fineness of fabric as the total number of vertical and horizontal threads in one square inch,” thread count commonly refers to the overall strength and feel of a fabric. Look out for thread counts of 180 or above when buying, as these define real quality and luxury.

Of all the cotton types on the market, Egyptian cotton is the one that’s often put on a pedestal. This is warranted when you take into account its quality and luxurious feel but, as with thread count, there are many suppliers who tag the phrase onto poor quality linens.

Genuine Egyptian cotton is actually a superb textile material. Hardwearing and incredibly soft to the touch, it’s a cotton grown solely in the Nile delta and has evolved to possess a longer fibre staple – the source of its much sought after quality. I even put together a blog post earlier in the year that explains the benefits of this cotton in much more detail.

You’ll have heard this phrase used where hotel towels are concerned. A GSM rating is to towels what thread count is to bed linen, and refers to the fabric weight and density of a towel in grams per square metre.

If you’ve ever picked up a towel with a low GSM and compared it to a towel with a high GSM, it’s plain to see why taking this figure into account is extremely important to a B&B, guest house or small hotel. A high GSM means you’ll receive a great quality towel in return, with its softness and absorbency far outshining that of a cheap and cheerful product. GSM ratings of 600 and above achieve this to best effect and are considered premium.

While the term ‘percale’ might sound exotic, rather than being a feature or technique like thread count or GSM it simply refers to a closely woven, plain weave fabric that’s most commonly used in the manufacturing of sheets and other bed linens.

The word percale itself actually refers to the way the fabric is woven. The weave is noticeably tighter than that of standard bed sheets, with the resulting quality earning percale bedding a reputation for being some of the finest bed linen available!

Mercerisation is the process applied to cotton products to help prevent shrinkage. Simply put, it alters the chemical structure of the cotton fibre and causes its cell wall to swell. This, in turn, increases the surface area and reflectance of the threads, strengthening the fibre, giving it a much softer feel and even more lustrous looks.

As a result, mercerised cottons are generally much longer lasting and incredibly well suited to those in the hospitality industry. After all, all of that washing can take its toll on your hotel linens in the end!

Tog rating is a term belonging to the duvet family which is often confused with measures of quality and weight. It is in-fact a rating of just how warm a duvet is, with higher tog ratings indicating a warmer duvet and usually appearing on products filled with goose or duck down or a down alternative.

This refers to the height of a duvet or a pillows filling. A better loft means that more air will be trapped inside the product, resulting in a warmer duvet or more supportive, sumptuous pillow.

While a lot of the attention given to guests’ bedding is usually targeted towards high thread count sheets, a great loft rating could mean the difference between then getting a comfortable night’s sleep and tossing and turning all night on an uncomfortable pillow.

While these are the most common bits of linen terminology you’re likely to come across on the Vision site and in the wider world, there are a whole lot more words and phrases flying around the industry! Don’t worry though, get in touch with us and we'll be happy to debunk whichever phrase is proving a little mind-boggling. 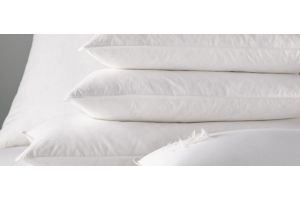 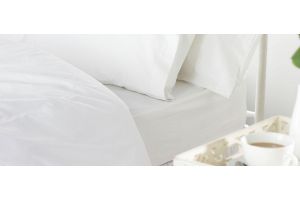 What's The Difference Between Fitted and Flat Bed Sheets? 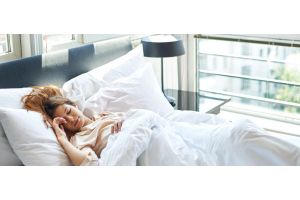 Small Changes to Make Your Hotel More Sustainable in 2020 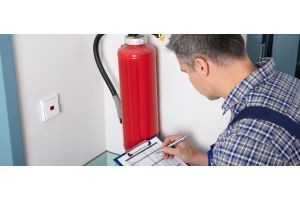 How to Reduce the Risk of Laundry Fires 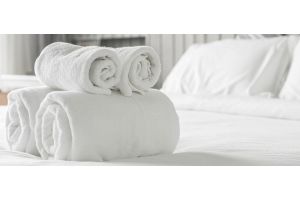 How to Wash Your Towels For Long-Lasting Hotel Quality